HAVE YOU BEEN INJURED? YOU MAY BE ENTITLED TO COMPENSATION.

HAVE YOU BEEN INJURED? YOU MAY BE ENTITLED TO COMPENSATION.

The workers’ compensation system was put in place to guarantee medical care for injured workers on a no-fault basis for their employers. In the past, injured workers were required to file suit against their employers (usually for the tort of negligence). These lawsuits created numerous problems for workers and would often lead to large and unpredictable costs for the employer.

The “Workers’ Compensation Bargain” allows for injured workers to receive medical care, rehabilitation, and lost time costs, while placing limits on those costs for employers. In essence, workers have traded the right to bring a suit against their employer in exchange for easier access to disability payments.

Workplace injuries happen more often than people may realize. A survey taken by the Bureau of Labor Statistics, U.S. Department of Labor found that in 2002, there were 4.7 million non-life threatening worker’s comp claims reported. Broken down, for every 100 full-time workers, 5.3 cases were reported.

Some of the more common workplace injuries include: overexertion, slips and falls, bodily reactions, being struck by an object, and injuries resulting from machinery accidents. If you have received one of these injuries while on the job, you may be entitled to compensation. 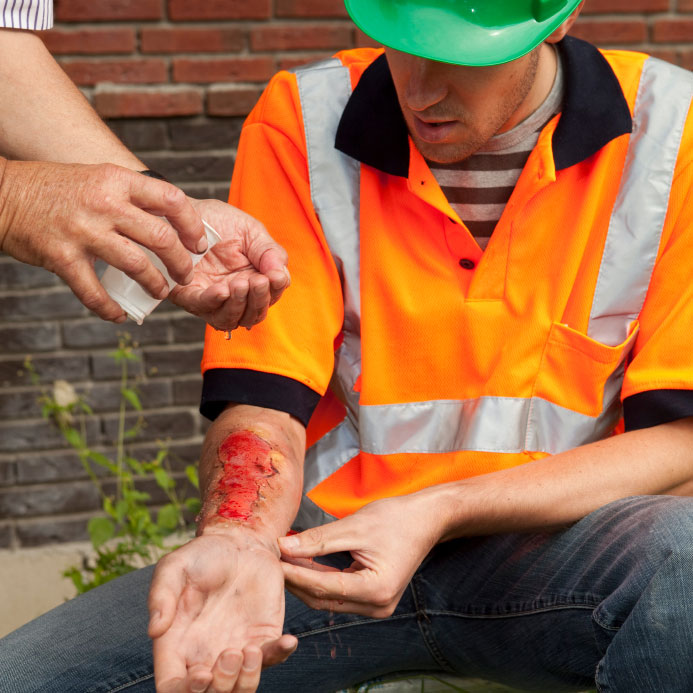 Injured workers may receive payments for medical care, replacement income, retraining, and other costs associated with their workplace injuries. In Illinois, there are six major types of available workers’ compensation benefits:

Filing a worker’s compensation claim can be very complicated and time consuming. There are a number of Steps in the Workers’ Compensation Process and it requires knowledge and skill to maneuver through this process in order to ensure that you get the benefits you’re entitled to. Don’t try to do it on your own.

The Epstein Law Firm has won over

for its clients. Let us help you!

BACK AND
NECK INJURIES

INJURED ON THE JOB?

FIND OUT WHAT YOUR LEGAL OPTIONS ARE BY CONTACTING EPSTEIN LAW