Work Related Injuries: On Site and Off Site 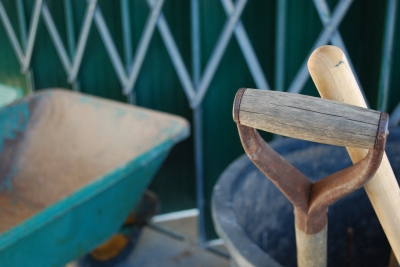 On Site or Off Site Work Related Injuries

Do I Have to Be Injured at Work to Be Eligible for Benefits?

I often am asked about whether one must be on a job site or on the work place to file a workers’ compensation case. In fact, you do not have to be injured on a job site or at the work place, so long as there is a nexus between injury and work related event. This nexus can be very tenuous. The question comes down to whether the recreational activity is assigned or ordered for the employee.

Off Site, But Work Related

There was a well-known case in Illinois in which a person was injured at a company sponsored picnic (Woodrum vs. the Industrial Commission [No. 4-02-0201 WC]). In this case, it was originally ruled that the employer did not have to pay Worker’s Compensation benefits because attendance at the event was voluntary. After an appeal the injured worker won because the court found the company sponsored event was a work related activity.

William Woodrum, a factory worker attending a work picnic, played a game of basketball and seriously injured his right knee. An arbitrator, and later the Illinois Industrial Commission, determined that his participation in the basketball game was voluntary and that his attendance at the picnic was also voluntary. This would disqualify him from receiving benefits. However, this was overturned on appeal because the worker had to choose between attending the picnic or foregoing pay or benefits if he didn’t go—attendance was, in fact, assigned. This is a key factor for consideration with benefits. Was it assigned? Would lack of attendance result in either decreased pay or reduced benefits? In this case, the answer was yes. Thus, Mr. Woodrum (eventually) qualified.

Another consideration is whether the company is involved in the event, and to what extent. The greater the company’s involvement in the event, the greater the chance that they will have to pay benefits if a worker is injured while there. As long as you’re doing something related to work at the time of your injury, it is likely that you could qualify for Worker’s Compensation benefits.

Another factor to consider in some Worker’s Compensation cases is the state where the employer is incorporated. If the person was hired by a company based in Illinois, but is working outside Illinois, the worker may still have Illinois Workers Compensation case, as long as the injury is work related.

Other off-site workers are also covered by the Illinois Workers’ Compensation Act such as traveling employees, flight attendants, computer or IT technicians, sales people, caregivers, pizza and grocery delivery workers, and many more.

On Site, But Not Work Related

How can I tell if my injury is work related?

Some injuries that happen at work are not eligible for Worker’s Compensation benefits—if the injuries are not considered work related. A man was disabled and later unable to work because co-workers had been “messing with him” by engaging in what is known as “horse play.” Horseplay is not generally a work related injury unless workers are arguing about something work related.

If a worker has an unexplained fall while climbing the stairs, especially where not related to any fault in the stairs, benefits may not be available. However, if the worker was carrying something work related or hurrying at work to meet a deadline, the injury is likely work related and thus covered by Worker’s Compensation.

Criminal Acts of a Third Party are not usually eligible for workers compensation benefits, unless you can prove a nexus between the criminal act and your job. For example, if a person randomly shoots a gun into your workplace and you are injured, this is likely not a workers’ compensation case because the crime has nothing to do with your job. However, if you can show that you are forced to work in a high crime area, the injury might be considered a work related injury so long as you can prove that the criminal act was foreseeable due to the location of your job site. I once represented a pizza delivery man who was shot while delivering pizzas. I was able to show that the area where he was shot was a high crime area and, thus, made the job more dangerous and benefits were obtained.

If you are maneuvering through the maze of onsite, offsite injuries and whether they were work related, contact us for counsel that will help you navigate the haze and win any benefits you are entitled to.