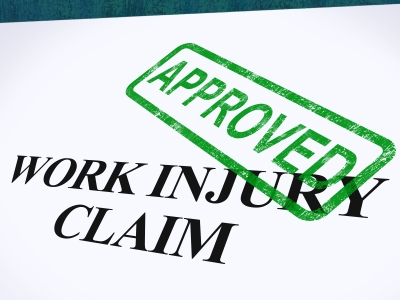 José, a 35-year-old truck driver, was hired by an Illinois company. While on the job, he was in an accident in Indiana, sustaining injuries that resulted in him being unable to work. When José tried to file for Workers’ Compensation benefits he was told that he was ineligible because he wasn’t an employee, but an “independent contractor,” and, to make matters worse, he wouldn’t qualify for benefits because the injury didn’t take place in Illinois.

What types of benefits, then, are available for José under Illinois Workers’ Compensation?

Frequently, truck drivers are considered independent contractors of the companies they work for. An experienced lawyer can often prove that workers such as José are entitled to benefits. Even though he wasn’t given a 1099, he was under the control of the company. And even though the injury didn’t take place in Illinois, the company that retained him was based there. So, if you are told you are not eligible for benefits after experiencing a work-related injury, a second opinion from a lawyer can help you get the benefits you deserve.

There are six major types of workers’ compensation benefits available:

“The employer is required to pay for all medical expenses that are reasonably necessary to cure or relieve the employee from the effects of the injury. This includes, but is not limited to first aid, emergency care, doctor visits, hospital care, surgery, physical therapy, chiropractic treatment, pharmaceuticals, prosthetic devices, and prescribed medical appliances” (Handbook on Workers’ Compensation and Occupational Diseases, p. 14).

Workers’ compensation benefits give a worker the right to have medical bills covered, generally with the doctor of one’s choice. In certain cases the choice of doctor may be restricted. In most cases, however, a worker is entitled to choose a doctor, even when the employer states otherwise.

TPD benefits are available to a worker while he or she is temporarily unable to work full hours, or is released to “light duty work” at a lower rate. A worker who is released for “light duty” must return to work if appropriate work is available.

TTD benefits are paid to a worker during the period that the worker is unable to work and during the period that a worker has been released to light duty work but the employer has none available. With both TPD and TTD, the benefit amount is based on the average hours previously worked, with a differential. The TTD benefits are 2/3 of the employee’s average weekly wage, subject to both minimum and maximum limits.

It’s vital to have a lawyer who knows how to obtain the full benefits, calculating to include overtime, bonuses (including production bonuses and shift bonuses), “donning and doffing” (a legal term meaning time spent putting on required uniform, or equipment), and recognizing illegal forms of compensation such as payment per tile, payment per square foot or payment per sheet).

If a worker is unable to return to his job because the injury resulted in a PPD, vocational maintenance and rehabilitation benefits are available. This involves job counseling, vocational training for a new position, assistance finding a job (if one is not available in the company), and maintenance during the rehabilitation. The company has to pay for benefits until the worker finds a position.

These are benefits that are available for permanent partial or complete disability of your body or part of your body, based on a number of factors outlined in the Illinois Workers’ Compensation Handbook (p. 20, 21).

PTD is the loss of use of both hands, arms, feet, legs, or eyes, leaving the employee permanently unable to do any type of work. There are different issues surrounding a PTD claim. A qualified lawyer will be able to obtain all that you are legally entitled to in a permanency settlement. Such a worker will also likely qualify for Social Security (in some cases both SSDI and SSI). An experienced lawyer understands the relationship between Social Security and Workers’ Comp. If improperly handled, the worker’s Social Security benefits could be adversely affected or lost entirely.

Burial benefits are available for injuries resulting in the death of a worker. Survivors’ benefits, based on 2/3 the employee’s gross weekly wages, are also available to a spouse and surviving minor children. If there are no spouse or minor children, the benefits can be applicable to dependent parent or even a girlfriend of boyfriend who was being supported by the deceased worker.

Be sure to recognize that many insurance companies spend time and money trying to convince people not to retain a lawyer. A good lawyer can spot what the insurance company won’t, and can be sure you get all of the benefits you are entitled to.

José’s did. José’s initial settlement offer was $20,000. Because he had a knowledgeable attorney, the final settlement came in at well over $200,000.

Contact my office to be sure you understand the types of Workers’ Compensation benefits available, and learn what I can do to help you obtain all that you’re entitled to.