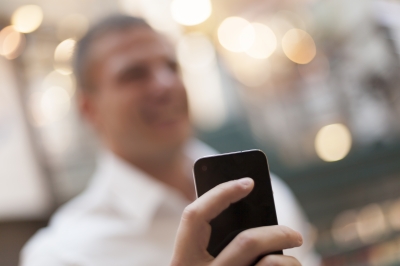 Your Cell Phone: Your Life in Your Pocket

Your phone contains more private information about you than your house. No surprise to you, right? Teenager know this. But now, the courts are recognizing it. Because of a recent Supreme Court ruling (Riley v. California) you are not legally required to hand over your cell phone to a police officer—unless there is a search warrant.

On June 25, 2014, the Supreme Court ruled unanimously that police must have a warrant to search an individual’s cell phone data. The ruling recognizes what a phone isn’t, and what a phone is. It also makes a leap forward in recognizing issues of privacy in the digital age. It took a different trajectory than previous cases on the books.

Let’s take a look at a few of the background cases.

In a 1973 ruling in United States v. Robinson, a police officer was deemed to be within his rights to search a cigarette pack after a pat down. The soft pack just didn’t feel right. That’s because it was loaded with 14 hard capsules of heroin. Justice Rehnquist had written in the concluding opinion in 1973 that this was a reasonable search because of the risk of hidden weapons or hazardous material. But a cell phone is not able to conceal weapons or drugs. They only thing it can conceal is data—lots of it.

A 1979 ruling in Smith v. Maryland led to the notion that police needed no warrant to trace numbers called from someone’s cell phone. They were considered to have made a reasonable search without a warrant by using a “pen register”—a device to track numbers. This was considered reasonable because it wasn’t installed on a person’s property but was installed on the telephone company’s property. So, it wasn’t violating an individual’s Fourth Amendment protection against unreasonable searches and seizures in a home. Granted, a cell phone is not a home, but maybe it’s even more worthy of protection.

The Smith ruling is also the one used to justify the surveillance for tracking digital communications metadata practiced since September 11, 2001 disaster.

In a 2009 ruling (Arizona v. Grant), it was determined that police were within their rights to search any area of a vehicle for evidence if they had reason to believe the vehicle may contain evidence of criminal activity.  In the recent ruling, the Supreme Court acknowledged that in the digital age there may be a risk of loss of evidence on a cell phone, they ruled that a phone is more than just a phone. Privacy rights should extend to it.

Though the Justice Department argued that cell phones are similar to purses, briefcases and wallets (called pocket litter), Chief Justice John Roberts and the court disagreed. They concluded that a search of cell phone data (and all the data accessible by a cell phone) gives government officials far more information than would be obtained in the most exhaustive search of a person’s house.

Cell phones are like mini computers, containing access to more data than any one piece of information than in the past. Modern cell phones are (or provide access to) a digital records of nearly every aspect of a person’s life.”

Justice Alito agreed and, but his concurring opinion indicated that the issue is still emerging. He hopes that it will be addressed further through legislature, rather than in the courts, and will address reasonable distinctions that need to be applied. He reasons that “legislatures, elected by the people, are in a better position than we are to assess and respond to the changes that have already been put in place and those that almost certainly will take place in the future.”

What does this ruling mean for you?

Then call one. Contact me if you need assistance with this.