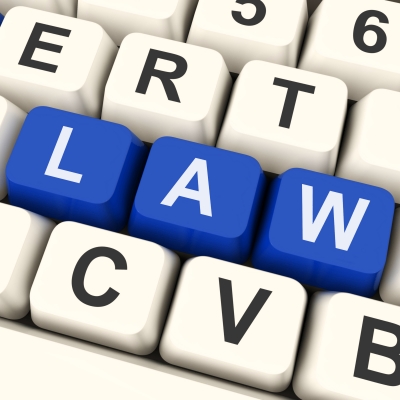 Are you confused when you read a legal notice or have to talk with someone about your case? Does the language of law seem like something from a foreign country? This list helps make common legal terms more understandable.

Absolute Discharge: The accused person is found guilty by the court, but the court doesn’t register any conviction against him or her. Happily, this results in no criminal record.
Dismissal with Prejudice: Charges are dismissed by the court, and there is an order that the charges cannot be refiled at any later date.

Dismissal without Prejudice: Charges are dismissed by the court, but there is no order saying that the charges can’t be refiled. In other words, whoever brought the suit against you can refile within an allowed time period.

Double Jeopardy Clause: This clause is in the Fifth Amendment to the Constitution and prohibits a person from being tried for the same crime twice.

Intermittent Sentence: Someone is convicted of a criminal offense and receives a jail sentence of 90 days or less. Sometimes the sentence is allowed to be served on weekends intermittently instead of all at once.

Motion to Quash: A special request asking the court to make a decision given by a lower court null (or invalid).

Motion to Dismiss: A formal request to the court to dismiss a case. There are different reasons for a motion to dismiss such as: involved parties have agreed on a settlement, the complaint or charges have been withdrawn, or there was a legal problem in terms of procedures (failure to state a claim, wrong jurisdiction).

Miranda Rights: The rights that a person has when in police custody of which police are required to inform them: to remain silent, have an attorney present during questioning, and have an attorney appointed if the suspect can’t afford one. If the police don’t inform a suspect of these rights and he/she doesn’t waive these rights, nothing said during questioning can be used as evidence in a trial.

Res Judicata: A Latin term meaning “already judged.” It means that a legal matter has already been decided and can’t go to court again with the same parties on the same issues.
Summary Offense: A type of minor offense, typically a misdemeanor which is decided by a lower court, in Illinois called the circuit court.

Summary Judgment: A judgment (decision), without a full trial, is entered by a court for one party against another. It’s allowed when there is no real disagreement about the facts of the case. It brings quicker resolution to a controversy, without the time and expense of a trial.

Suppress Evidence: An attempt to prevent evidence from being shown at trial. This can be done legally (with a Motion to Suppress) and illegally.

Suspended Sentence: When a judge orders a jail sentence and then suspends it (or puts it on hold). As long as the sentenced person follows certain conditions, he/she will not have to go to jail. If the conditions aren’t followed, the judge can send him to jail to complete the original sentence.
Statute of Limitations: A law setting a specific maximum time period which can pass before filing a lawsuit. The amount of time varies, depending on the type of case. Filing a lawsuit after the allowed time period has passed will result in the case being barred or prohibited.

Warrant: An order from the court that gives the police the authority to arrest someone or, with a search warrant, to search a person or a place.

If you are dealing with a criminal legal matter and feel like you’re swimming in jargon you don’t understand, contact us or call 773-522-7000 for assistance. We can explain your options in clear language and work on your case on your behalf.